skip to main | skip to sidebar

It's been a couple years since the last kimdawn release (061). I  want to thank all the supporters of this little microlabel. I did things in a peculiar way I know. I wanted to keep costs down so I could sell these little morsels of sound at a very low price. Initially I was able to sell the mini-cdrs at $4 a piece with FREE POSTAGE ANYWHERE. That seems so funny now, but I was able to do it for most of the releases up until postage rates finally got too high to ignore.

More about the format itself (the elephant in the room for sure). Undoubtedly there was some novelty involved, but I really did love those dumb little mini cds. I was first exposed to them through my roommates Nintendo GameCube and later through my writing gig for Foxy Digitalis. I bet a few of you reading this worked for the old Foxy site. Remember getting those huge boxes of media in the mail to sift through? It was awesome, but also a daunting task. I'll never forget labels like Small Doses and Rusted Rail (pictured) who used the tiny disc. Seeing those things meant I could count on some sort of a concise E.P. I connected them to 7" records in my mind, and Japanese culture and forgotten technology in general. They were always the easiest to write about. 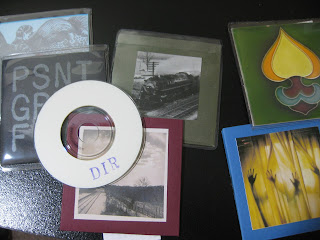 Not everyone liked the lil' cds though. In fact, I would find out later that some of the artists I worked with didn't really support the format. Oops. They were hard to play for folks without the proper type of cd player (spindles and trays... are okay!), and I even got one heated e-mail from a customer who put the dang thing in his car stereo and couldn't get it out (pretty tense situation, with him calling me out on using such a "cute" format).

I connected with some great artists. Mossy Throats, Pink Priest (William Cody Watson), Summons of Shining Ruins, Froe Char, Quiet Evenings crew, With Moths, Paintings for Animals, Dusted Lux, Sound Pressings, Villages, Inez Lightfoot (Jackie McDowell), Rambutan, Cruudeuces, et al, and was lucky to release some material from my college and high school friends that I love (Geoffrey Sexton, Stephen Molyneux, Patrick Singleton, TJ Richards) - fucking incredible music that I was so lucky to be involved with. I wanted to have some sort of curatorial rationale like the labels I loved. It would be a dream to assemble a team of kimdawn favorites to create an album of cover songs like Ivo Watts-Russell did in the early 4AD years. Imagine that alternate universe for a second!

The last Kimberly Dawn thing I did was a tour-only reissue tape (gasp) that I did for the Stephen Molyneux/Sparkling Wide Pressure tour that we did last summer (2015). What a crazy/interesting/fun/exhausting event that was. Maybe I'll write a little about it later. 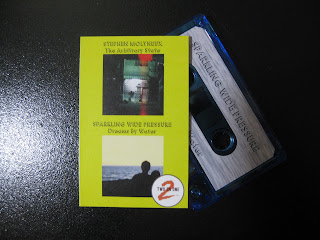 I can't really say that the label is totally finished. It was one of those rare successful experiment that worked for a nice little window of time.

Talk to you soon

Sparkling Wide Pressure - Clouds and Stairs LP on No Kings 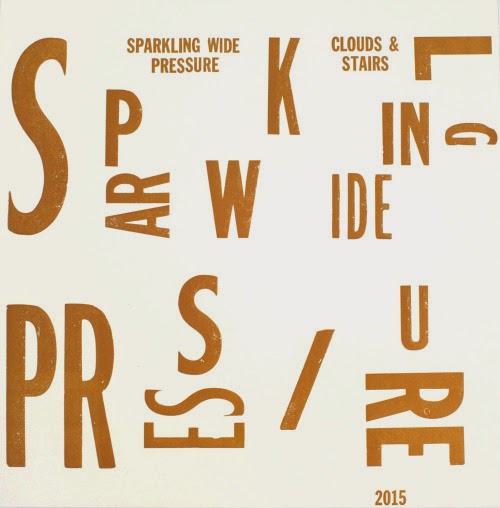 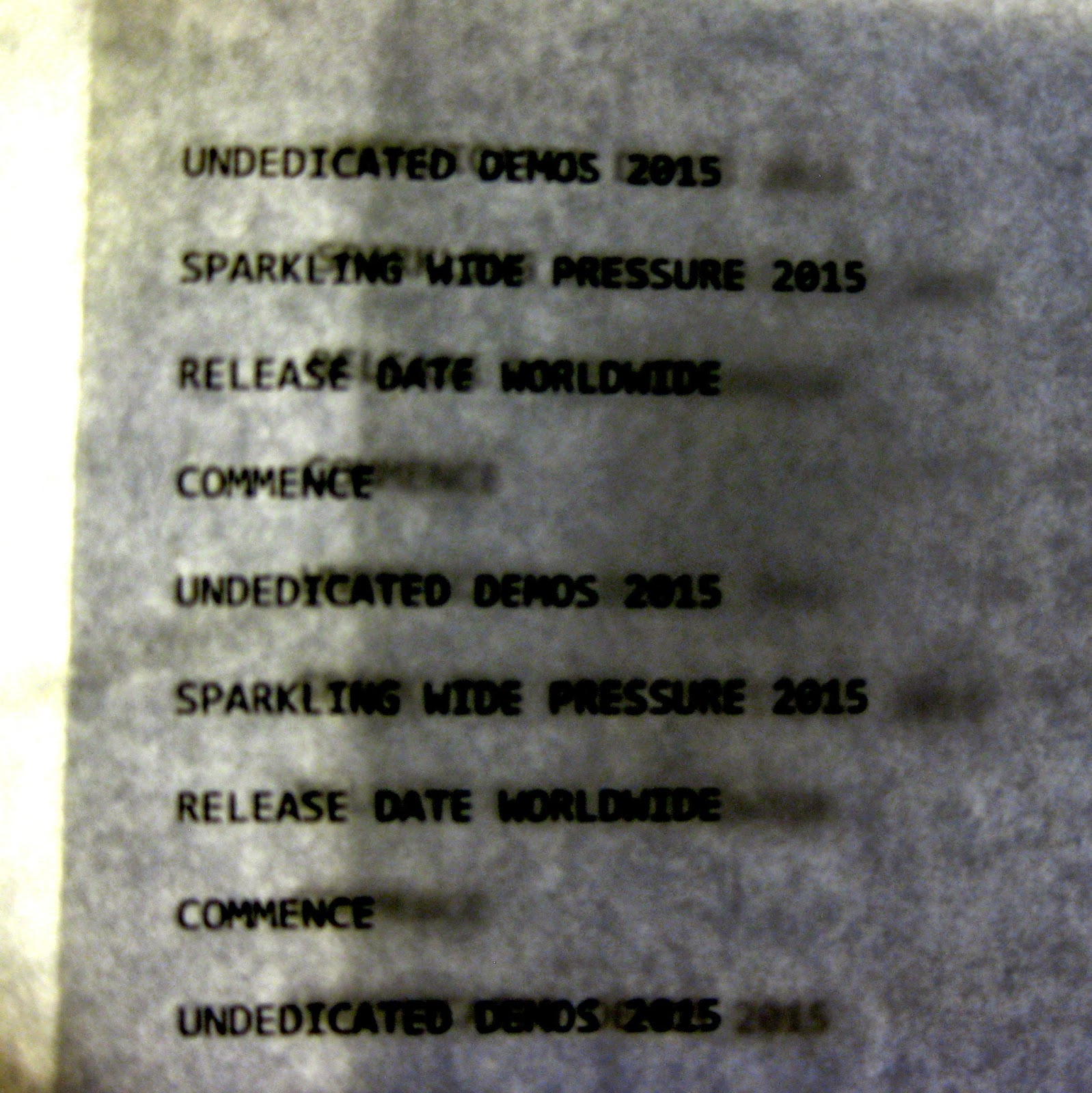 Posted by Kimberly Dawn at 4:53 PM No comments:

The Watcher (11:05) - Starts with Vapor (Meaning Plane, 2009) and again Vapor a few seconds in - about half way through i added Parts (Meaning Plane) and then at about 3/4 through i picked up Israelandegypt (Unreleased, 2013) - near the end -Bed and Parts again and the last minute or so it has Parts, Bed, Parts and Israelandegypt.....
Posted by Kimberly Dawn at 6:56 PM No comments: 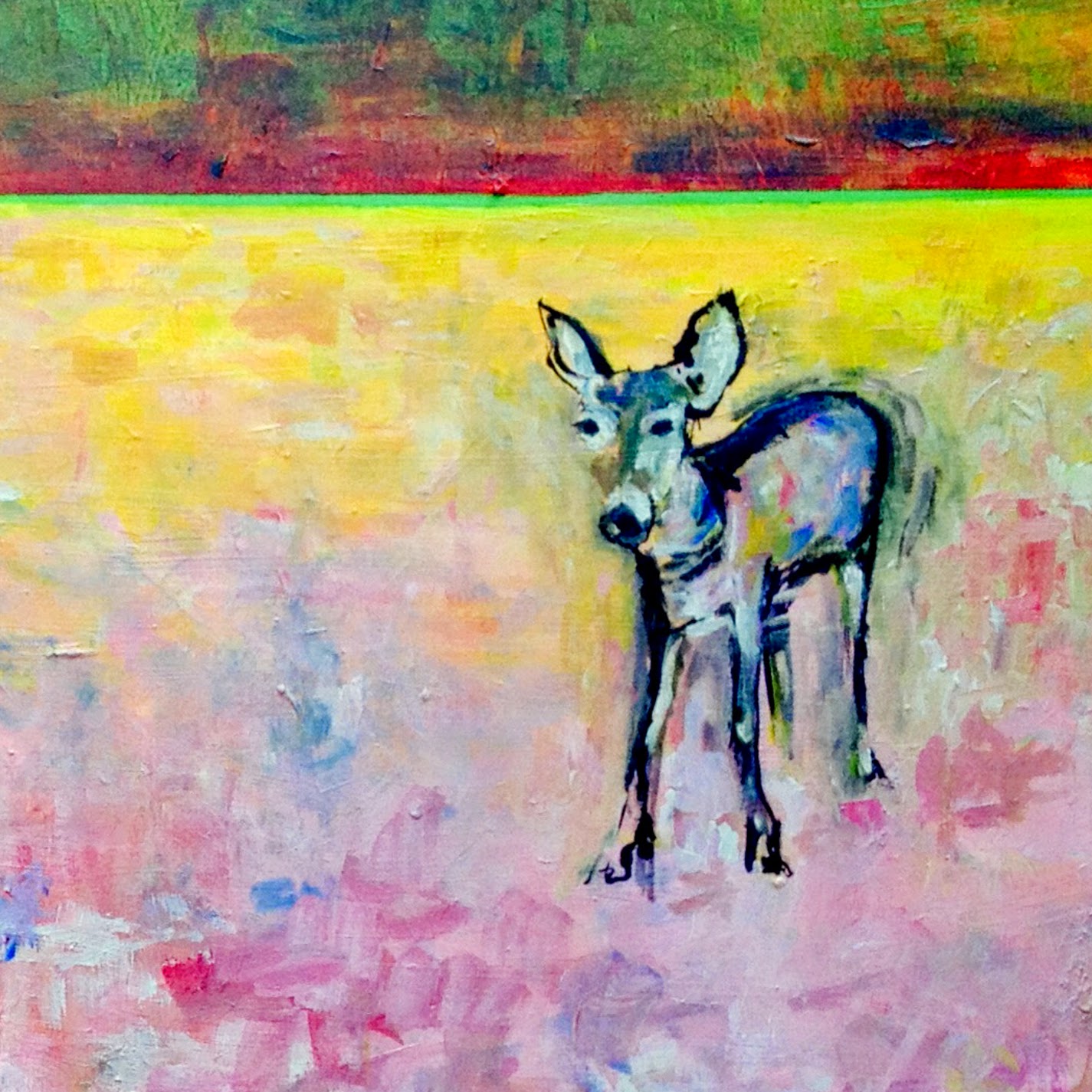 Sparkling Wide Pressure- Manifestation of Magi (5" CDr)
Meditations on dream imagery, personal icons, and sonic texture. This feels very personal and raw to me, not unlike the very first SWP album Some Triggers. It's something in the underlying intention behind these songs. There are reference points in my mind that I'm hitting each time I get lost in these pieces -something that gets clearer with each listen. The packaging is adapted from a recent painting of mine titled Magical Girl. Edition of 50.
Posted by Kimberly Dawn at 8:06 AM No comments:

Still have a handful of copies from the last batch. They won't last long though. Also, new Sparkling Wide Pressure album available for free download here. Posted by Kimberly Dawn at 3:29 PM No comments: 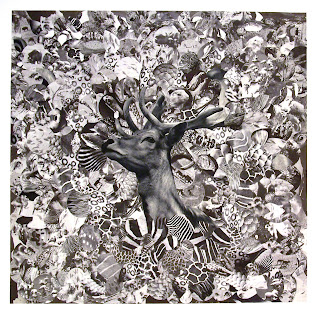 Summons of Shining Ruins- The Sky Sings to Us (3"cdr)
Returning for his second kimdawn release, Shinobu Nemoto continues to craft ethereal vistas out of cloud cream. A true inspiration to me, this music showcases a true sensitivity to the gentle edges of every sound. Like fading out into the black soup of night forever. In an edition of 50. Artwork by Myste French (STUNNED) SOLD OUT

Posted by Kimberly Dawn at 10:29 PM No comments: 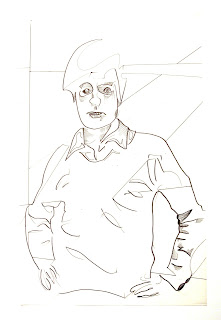 Clearing- Threat (3"cdr)
The warning sets in and a seat is found. Can you sit down still? What's that look on your face for? This is music from Tennessee mystery man JSPHVLMR. You may have heard him as _______ or ********. In this guise he compiles his visions of icy slow worlds inhabited by dots. Get healed or warned. Edition of 50 hand stamped tiny discs with artwork by Phil French (STUNNED). SOLD OUT
Posted by Kimberly Dawn at 10:22 PM No comments: 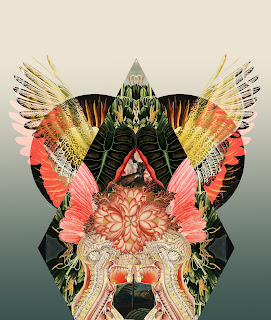 Thaniel Ion Lee - Vintage Youth (3" cdr)
Do you know who you are brave youth? Bereavement doesn't suit you. Believers tax the system or so it may seem at the edge. Three tracks off blackened sonic showers, melody, and transmorphic space. Presented in an edition of 50 hand stamped cdrs with art by Thaniel.

Posted by Kimberly Dawn at 10:11 PM No comments: 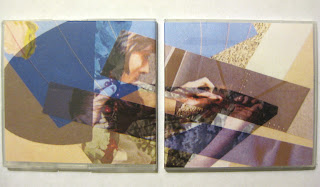 Coyote Image Medicinals (3"cdr)
Completely marbled and warbled tape mangling majesty from one of my favorite couples (queen and king of new weird abstract bliss noise america). This incarnation is new territory for these two. It's some of my favorite stuff I've heard from them - organic guitar and bass workouts recorded on strands of hair and buried for a couple years. It's got that magic touch that makes the compost heap come alive and the stars seem closer than they are. Presented in a numbered edition of 50 hand stamped 3" cdrs. Sold Out.

Posted by Kimberly Dawn at 6:01 PM No comments: 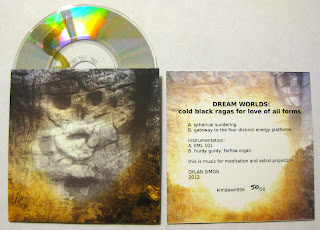 Dream Worlds - Cold Black Ragas for Love of All Forms (3"cdr)
Dylan Simon returns to Kimberly Dawn in his most stripped down and focused form yet. Dream Worlds focuses on the voice of two distinctly different instruments with this EP- the EML 101 synth and the hurdy gurdy. Both instruments are connected with a meditative core and their voices united in common vision. Original Photographs by Dylan Simon. Presented in a numbered edition of 50 hand stamped 3" cdrs.
Posted by Kimberly Dawn at 5:58 PM No comments: